Truth of Dare: Mena-region and Europe towards a more inclusive dialogue 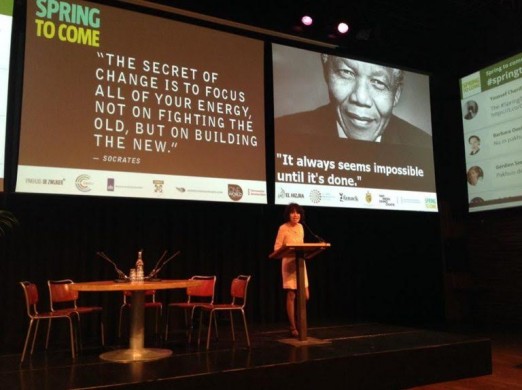 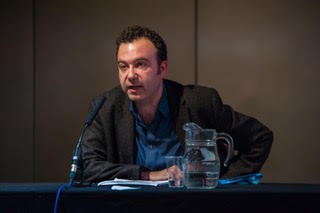 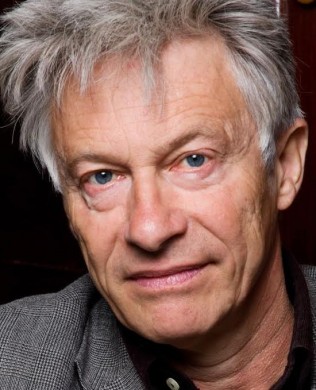 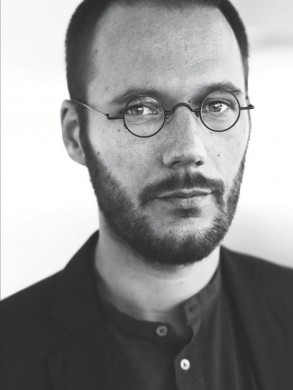 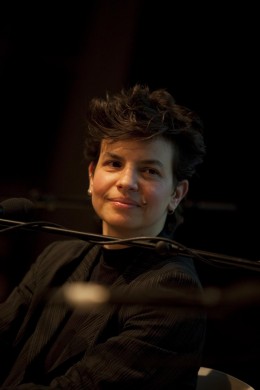 Do we citizens have a right to truth in post-truth societies? How much debate can we handle? What to do with ‘legitimacy claims’ and ‘the rule of law’ if increasingly they seem more part of the problem than being key to conflict resolution?

If you are interested in these pivotal issues of our time, come to the Tolhuistuin in Amsterdam on Sunday September 17 and participate in the Truth or Dare festival ‘beyond post-truth society’.

Truth or Dare welcomes the current battles about ‘fake news’ and ‘alternative facts’ as excellent opportunities to revisit and redesign our societies in Europe and the MENA region.

The event aims to offer a unique chance to challenge ourselves, discard useless narratives and develop new ones, and engage in fruitful dialogue with changemakers from around Europe and the Mena-region.

Truth or Dare is an exploration in five acts of the meaning of truth in present-day societies.

Taking our lead from the global debate about ‘the post-truth society’, we consider the fundamental crisis of the post truth age as a battle over legitimacy and the control over central institutions in society. Our conference is an attempt to create a safe space for critical contemplation and serious self-reflection. We deem such reflections crucial and a prerequisite in any fight for more equal and inclusive social and political dialogues. We focus our deliberations on the MENA region and Western Europe.

Do citizens have a ‘right to truth?’ This thought-provoking speech will take us through the various meanings of ‘truth’ in our times. The speech is a prelude to an open dialogue with all participants that will address the following questions:

Is there life after truth?

How are truth claims played out in present day societies and what are the minimum conditions needed to build (or rebuild) democratic institutions? These will be the two key subjects of this first Act. Modern institutions which arose from out of the need to hold societies together, such as media, science, the democratic rule of law and other forms of government derive their legitimacy from their ability to accommodate divergent ideologies and views: through systems of rules, procedures and standards they are supposed to build on a social consensus about values and methods. Now that this implicit agreement is undermined and considered of diminishing value, the question arises: What are the minimum conditions needed to build or rebuild well- functioning (democratic) institutions? Is ‘social consensus’ a basic condition to prevent polarization and social conflicts or does it suffice to just establish a set of transparent mechanisms to deal with diversity?

Benefit of the doubt?

Where to go with ‘legitimacy’ in post-truth societies? A round-table conversation in which guest speakers and participants will discuss the meaning of ‘legitimacy’ and explore its relevance for society today and for well-functioning institutions.

Legitimacy is widely considered to be a basic principle for states, the media and science, but is also multifaceted and rather intangible.

The search for authority and influential power symbols in post- truth societies is the starting point for this discussion. What is the meaning of legitimacy when we each live in our own bubble? Is it still useful to search for common sources of legitimacy and what should they look like? Or is the current widespread polarization a given that requires alternative concepts?

The truth we dare not see

How much debate can we handle? Our mainstream social dialogues are far from inclusive. Are we living in a forever derailed arena of confusion; does is still help to define procedural requirements for social criticism or should we rather widen the discourse?

During recent decades, countries in the western part of the world aimed to educate citizens about critical citizenship. Critical thinking is claimed to be key in preventing radicalization and extremism and considered an important ‘export product’ of  ‘western countries’.

But nowadays a significant number of citizens have turned against the institutions created to support critical thinking such as the rule of law, science and human rights values. In practice, it appears difficult to deal with critics and criticism and to allow for fundamental questioning.

We tend to evade discussion and instead focus more on altering ‘the tone of the debate’.  Very often criticism is rejected as populism, not grounded in facts or emotionalism. Are we ready for a post-‘we’ society?

Rule of law or Rule of Truth?

How to relate to the rule of law now that that institution seems to be part of continuous contention rather than key to conflict resolution? This will be the focal point of a stage interview about the rule of law.

In ‘Western’ countries, the rule of law is often evoked as a sure guarantee for human rights and freedoms for minorities.  Many discourses on the achievements of so-called ‘Western civilizations’ abound in praising the rule of law as a legal safeguard for pluriformity. However, nowadays this assumed institution of hope has increasingly fallen prey to harsh accusations of partiality, bias and alienation.

We will engage in a ‘hard talk’ on what is the ‘heart’ of the rule of law? Is it merely a set of procedures to settle conflicts or does a well-functioning rule of law also require a minimum level of mutual understanding and shared values? And if it is the latter: what are the basic values underpinning the rule of law? How will our current conflicts play out given the state of the ‘rule of law’? What practical future are we looking at?

The battlefield of truth

The battlefield of truth is the finale in which we take a deep dive into the accessibility and equality of current public debates. We will turn the spotlight on the public media in the broadest sense of the term. How do we deal with the polymorphic media and inequality in access to media channels? How can we understand the widespread dissatisfaction with existing procedures and institutions? Is it time for a fundamental review and are we up to it, given the complexity of post-truth society as discussed in the previous conversations of Truth or Dare?

2: Karl Sharro, architect, satirist and commentator on the Middel-East

3: Dick Pels, sociologist, a freelance political writer and a singer-songwriter