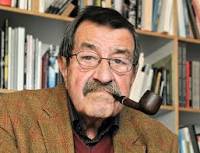 Artists and intellectuals underlined the importance of international cooperation across borders and cultures, before Europe was a project of unity.

In December 1987, when there was no prospect of a rapid fall of the Iron Curtain, a memorable encounter was held in Amsterdam: The European Artist Forum; Gulliver.  At the time Amsterdam was Cultural Capital of Europe, and Steve Austen, co-director of the programme, decided to take this opportunity to give Günter Grass’s proposal a chance for a cultural dialogue between East and West. At the invitation of Günter Grass

prominent writers and intellectuals from 20 countries from Eastern and Western Europe were present at a five days meeting at the Hilton Hotel in Amsterdam. It was extremely difficult to contact independent artists and intellectuals behind the Iron Curtain, leaving technocrats and politicians out.

Despite the Cold War, the organizers had managed to welcome people like Tadeusz Konwicki from Poland, Andrei Voznesensky and Andrei Bitov from the former Soviet Union, Danilo Kis from former Yugoslavia and Augustin Buzura from Romania. With Václav Havel it did not work: Havel told the organisers to fear that he would be able to obtain an exit visa, but probably no permission to return to Czechoslovakia after his stay in Amsterdam. He welcomed very much the initiative of Grass as one can learn from the surreptitiously recorded message on Super 8 film he did send to his friends at the European Artist Forum.

The participants discussed the role that artists and intellectuals could play in the conduct of a dialogue between the citizens of the communist states and those of Western Europe. After this meeting the establishment of the Informal Working Body Gulliver was a fact.

All participants did sign the Gulliver Declaration. Heiner Müller and György Konrád signed later. (both were invited, but could not obtain a visa in time).

Fall of the Wall

On 9 November 1989 – the Wall came down, the most visible symbol of the division of Europe in the heart of it.. It falls came to represent the end of the Cold War; the collapse of the communist bloc. Two years later the communist regimes of Eastern Europe collapsed too. Only in Romania did the events turn violent. Nicolae Ceausescu refused any reforms. Protests spread to several cities, with hundreds killed when Ceausescu ordered the violent repression of demonstrations on December 21.  The next day he was forced to leave Bucharest and was arrested by army units. On December 25, he and his wife were executed. By the summer of 1990 all of the former communist reformers were replaced by democratically elected governments.