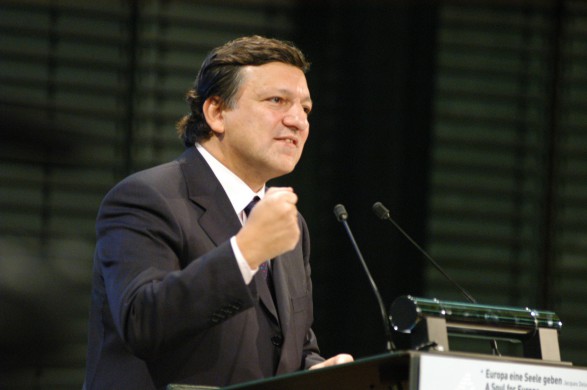 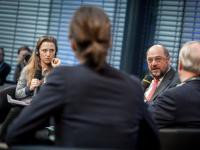 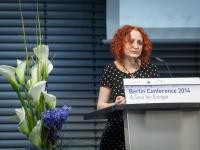 The concept of Europe as in the first place a cultural project is as yet not enough present in the minds of both European leaders and the European citizens.

If Europe aims to be the continent of citizens, where the citizens leads its future, we need the well-informed, critical and engaged citizen who is able to see that Europe is not Brussels, that politics are only instrumental and that culture: who we are, how we behave, how we celebrate the quality of diversity, is essential; as José Manuel Barroso, the former president of the European Commision, recently said. This can only achieved by promoting access to culture for everybody and to develop means of communication with the audiences.

The Treaty of Maastricht

The concept of Union Citizenship was established as a legal concept by the Treaty of Maastricht in 1992. It marked a clear break from the market logic where individuals were mostly seen as consumers. The Union Citizenship is a status conferring on all nationals of one of the Member States an additional set of rights to those attached to their own national citizenship. It is intended to help create amongst individual citizens a sense of belonging to the EU and having a genuine European identity, reflecting the core founding values of the EU: human dignity, freedom, democracy, equality, the rule of law and respect for human rights.

The Lisbon Treaty offers citizens and civil-society organisations for the first time a legal opportunity to influence, control, discuss and support EU measurements and policies. The Lisbon Treaty (entered into force on December 1, 2009) introduces fundamental changes in regard to the role of the citizen and civil-society organisations. Article 11 gives the EU institutions the obligation to “give citizens and representative associations the opportunity to make known and publicly exchange their views in all areas of Union action”.  Furthermore citizens’ position is now legally fostered by the charter of fundamental rights.

Through this legal framework, the individual citizen of any member-state now has, whether he wants it or not, an additional legal identity next to the existing national one. The EU became a Union of Member States and citizens.

EU is a Union of Member States and citizens

If citizenship is to be taken seriously, one needs to form an opinion on the circumstances and processes in which citizenship is established. These are by definition cultural processes.

The concept of cultural citizenship based on multiple identities enables individuals to meet and interact, to bear responsibility for their civility, to offer each other work and prospects, to feel free affection, to become politically active and supportive at the same time. Most of all it allows the inevitable irritations of human contact not to escalate into generic antipathy; for people to always see each other as individuals, not as representatives of an abstract label which they mistrust.

By implementing the new rules of the game, the EU can no longer be seen as primarily an economic project. Inclusion of citizens’ aspirations in all fields of policy changes the paradigm from economic to cultural notions.

When citizens have common cultural aims, even if the cultures themselves are different, the decentralised cross-fertilising of ideas becomes a way for active citizens to develop a common Europe while keeping their own sense of who they are intact. By removing labels, except those individuals choose to express themselves, we remove the need for protection against outsiders who mean us no harm.

(adapted from among others a statement of Frans de Ruiter, former president of EFA and Kathrin Deventer, secretary general of EFA and of publications of Steve Austen, permanent fellow of Felix Meritis Foundation)