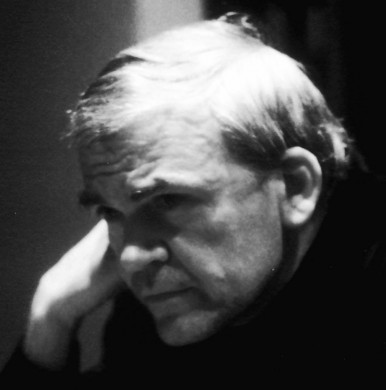 Milan Kundera (1929) is a Czech writer who has been living in exile in France since 1975, having become a naturalised citizen in 1981.

His books were banned by the Communists regime in Czechoslovakia until the downfall of the regime in the Velvet Revolution in 1989. His best –known work is The unbearable Lightness of Being, published in 1984. In 1988 a film adaptation was released by the American director Philip Kaufman.